For discussion of DCC modules published for D&D 4E.

Those of you who know my 3d Paper Terrain post for The Isle of the Sea Drake ( http://www.goodman-games.com/forums/vie ... 61&t=41955 ) will probably be interested in my build (and run) of the Scions of Punjar.

Here's my pre-game builds. The final encounters are at the Windmill, which I already posted over here: http://www.goodman-games.com/forums/vie ... 61&t=42168

Here's my versions of the first three encounters:

The front area may be the only thing my players see... 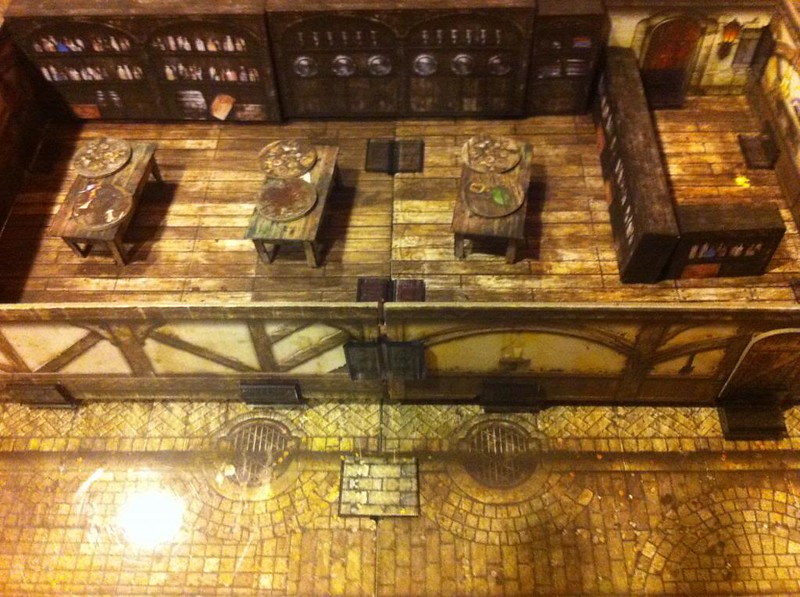 If they have any reason to break into the back area, it's populated as well: 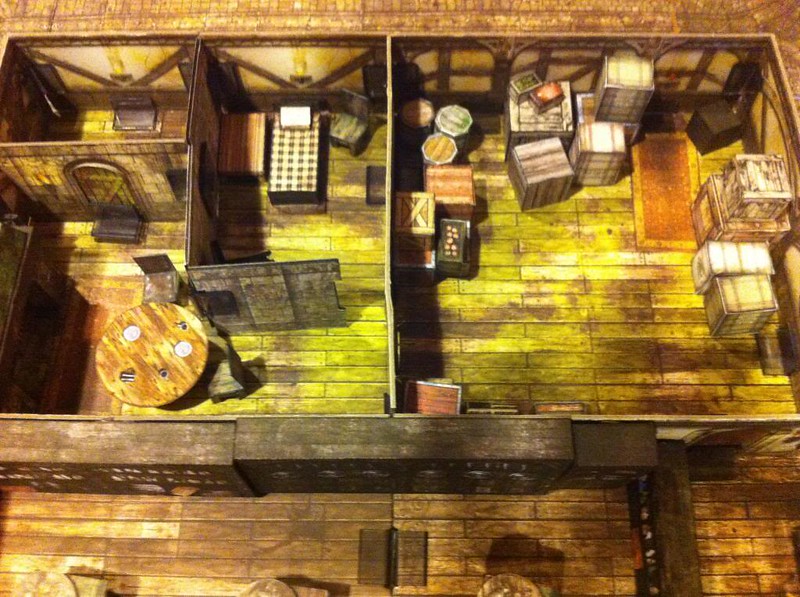 Encounter two is a tavern - Only roleplaying happens here, so I just plan to lay out dungeon tiles. Look for the in-play versions of this to see how I use 3d Props and figures to flesh out the scene

It might spill out into the alley, if it does, I'll toss in some 3D buildings for people to climb on and stuff.

I had a lot of fun building this out, repurposing some old tapestry for the Dev'shir "Family Tree" - 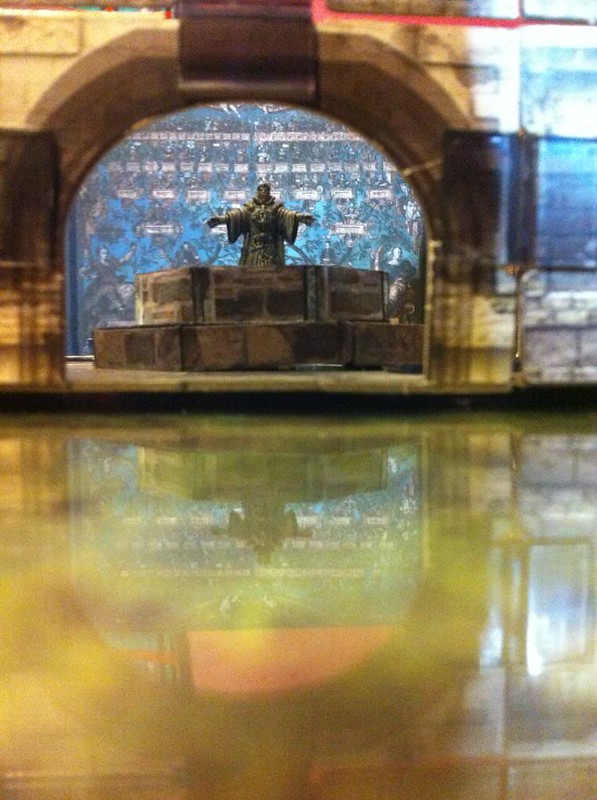 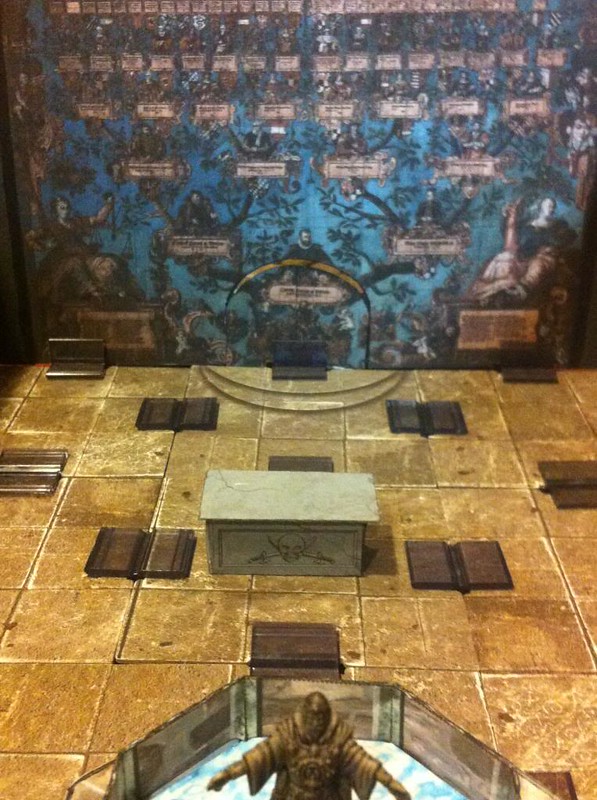 Besides being a custom wall - with doors as part of the design, I made it an 8.5x11" handout for the players to see if they can spot the recent updates to the tree. Photoshop rulz. 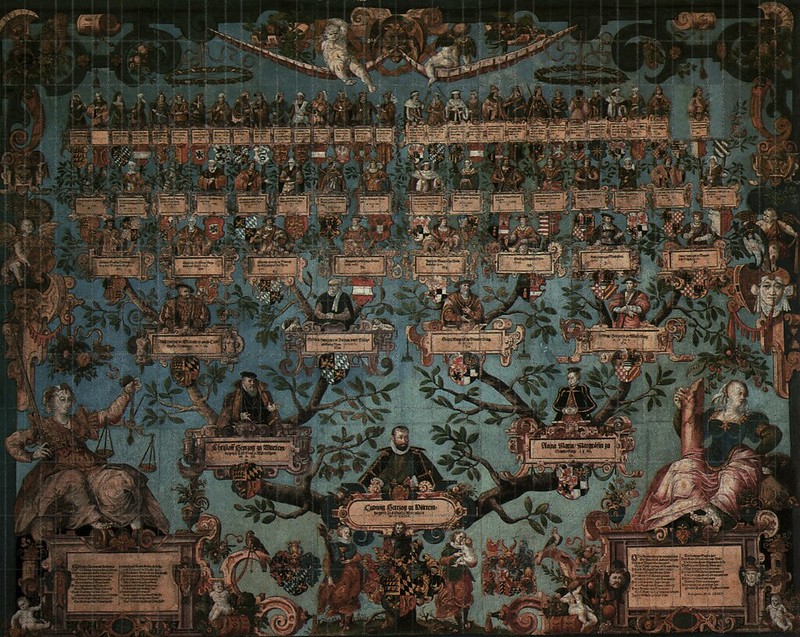 Did you spot Cadavra's handiwork?

Papercraft Dungeon has some cool coffins that I made cutfiles for last year - so I cranked out 20 coffins in a little over an hour... 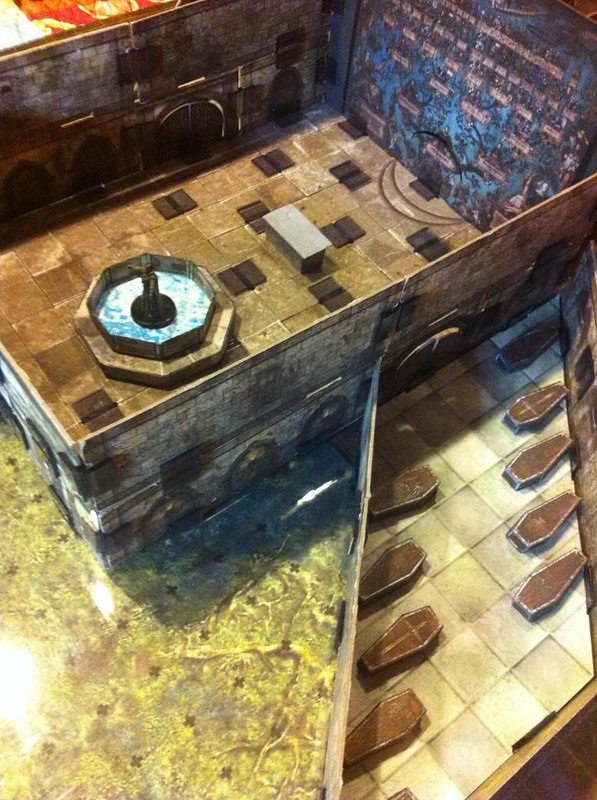 Very nice, must have taken a while to set up.
These Bathmate results are mind-blowing.
Top
Post Reply
2 posts • Page 1 of 1